Life can be hard for a teenager – regardless of what time era they were born in. The pressure to do drugs, party, meet the “right one” and make 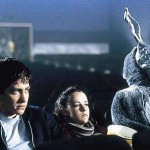 decisions for the first time are things that all American people must go through at one time or another in their lives. However, some people go through it slightly differently.

The following scripts are composed of some of the weirdest and somewhat absurd movies that have been made in the last couple decades about teenagers “coming of age.” While most kids worry about getting caught with cigarettes, these kids have much bigger problems.

Take for instance the teenage boy who dreams of having a girlfriend but can’t because of his slight obstacle of having a disease that forces him to live in a giant bubble. Or the group of teenage girls who are sick of

being sexually harassed by their teacher and decide to take it out on him using their fists.

The purpose of films like these are two-fold. On one hand, they provide entertaining stories that interest teenagers. They have teenage humor, problems and solutions all tied together in to one eventful story. The second purpose that the films have, however, is to provide something to compare teenage angst to- a way to show kids that their lives are not as bad as they think!

While kids may stryggke with parents, teachers and other peers, at least they don’t have to deal with being pregnant by their best friend (well, at least most teenagers don’t) as in Juno (2007) or having to drive a time machine car back in time to escape Libyan terrorists (i.e. Back to the Future (1985)). Needless to say, these film scripts will never go out of fashion, as long as there are angsty young teens looking for an escape.

If you know an angsty teenage film that you would like to see the script to here, please comment so we can include it in our list!