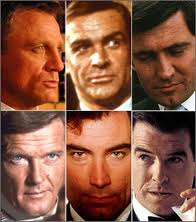 successful motion pictures franchises. The series is basically based on the character of James Bond (code: “007”) from the novels of Ian Fleming. The production of this series started in 1962, which was originally based almost exclusively on the novels and stories of Fleming. However, later on, 007 movies with original storylines followed.

The James Bond series has grossed over US $ 12 billion, which means that it is the highest grossing series of all time. These films are knows for the distinctive use of cutting-edge technology, fast action and intelligence. Several actors have played the character of James Bond since its original production. Sean Connery was the first actor to play the role of James Bond while the most recent, and the present, actor is Daniel Craig.

Chronological record of James Bond movies, along with their scripts, can be found here: