Judd Apatow has been credited with producing and writing some of the funniest films of this generation. However, it was only recently that he was able to accomplish this. He started his career in the film industry in the mid-90’s, producing and writing comedies such as Heavyweights (2005) and The Cable Guy (1996). Neither of these films 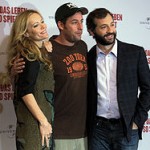 were mainstream successes, despite The Cable Guy’s all star cast. Apatow was stunned that The Cable Guy wasn’t a monumental success. He believed that it would be just the thing to jump start his career.

The problem with The Cable Guy was really more of a timing issue than anything else. In the 1990’s, people were not ready for the type of dark comedy that Apatow presented. Comedies were distinguished from other genres by their lack of a poignant storyline. The Cable Guy was crossing genre boundaries, which may have led to its monumental disaster.

Apatow continued working and attempting to write films that would be successes. His big chance came when he wrote The 40 Year Old Virgin (2005). His timing was perfect. Film studios had been getting lazy. Instead of trying to create new ideas, comedic writers were settling for regurgitating the same old jokes under different packaging (i.e. Epic Movie).

The film was an outstanding success, making millions of dollars worldwide. Apatow’s writing style, once believed to be too quirky, proved to be a template to a new type of comedy. Seth Rogan’s Superbad (2007) followed the Apatow template and made over $100 million dollars. The template, which uses moralistic messages mixed with humorous 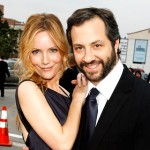 antidotes and raunchy sight gags, have projected the comedy genre into a whole different field. In this field, comedic
films are not restricted by their genre. They can incorporate seriously dramatic elements, horror and romance in a way that touches peoples’ hearts as well as their funny bones.

Some screenwriters are beyond their time and will not be appreciated until later in life. This should not stop them from writing though. Screenwriters will do themselves a favor by learning from Apatow and refusing to give up on their ideas or toss them aside as “unmarketable.” A few years from now, who knows what the public will be attracted to?