No one gets famous simply by being talented. The music, film and art industries are all fueled by socialization. If a person is well connected, then he or she has a greater chance of succeeding with less talent than someone who has a lot of talent 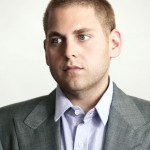 minus connections. In the case of Jonah Hill, connections to the industry have been one of the major tools that helped skyrocket his career to the record high that it is at now.

This is not to say Jonah Hill is not talented. The 28 year old producer/director/actor/writer has wowed audiences with his unique comedic style and adorable personality. From his first major role in Superbad (2007), Hill captured America’s heart in his realistic depiction of a desperately hopeless teenage boy trying to buy alcohol on a Friday night.

However, if it wasn’t for his connections, Hill may not have known, let alone had the chance to audition for the now-famous role. The real start of his career occurred when he met the children of Dustin Hoffman, who were present at one of his small time gigs. The kids loved his acting and introduced him to their father who helped jump start his career with a role in I Heart Huckabees (2004).

Since then, Hill has ridden the waves to fame and fortune in comedic films such as Get Him to the Greek (2010) and the 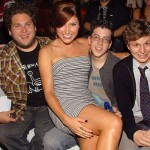 upcoming film, 21 Jump Street (2012). Needless to say, Hill has a great future ahead of him as long as he continues to wow audiences with his remarkable acting roles.

Hopeful actors may take a note from Hill by remembering the importance of establishing connections in the industry. Script writers and directors would also do well to seek out talent and inspiration in small clubs and performing arts districts. There are plenty of talented people and stories in the world that never make it to Hollywood simply because of a lack of connections. A person who can sift through and find the gems will be justly rewarded for their efforts.