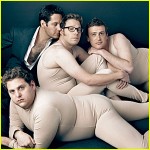 Seth Rogan is one of the few comedians who have skyrocketed to success following the success of the film, 40 Year Old Virgin (2005). The film, which starred many now-famous actors such as Steve Carrell and Jonah Hill, was an original masterpiece that changed the path of comedic films.

Judd Apatow, the writer of the 40 Year Old Virgin, reaped enormous fame and success following this film, and continued to work with Rogan in other features such as Pineapple Express (2008) and Knocked Up (2007). The repeated film successes gave Rogan the fame and reputation that he needed to start his own career as a writer.

Following the success of Knocked Up, Rogan wrote a film that became a national sensation, spurring on the careers of even more film actors including Jonah Hill and Michael Cera. That film was called Superbad (2007). Since this film, Rogan has become a household name. On IMDB.com, he is on the top 500 list of celebrities and he is only climbing upwards from there.

Screenwriters may have noticed the types of comedic trends that have been brewing in Hollywood lately, spurred 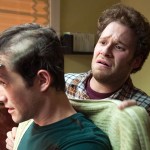 on since the release of the nearly-moral yet raunchy 40 Year Old Virgin. Despite the dirty humor that occurs, popular comedic films have also added on a sentimentalism that is downright endearing. Behind the crude humor are deeper issues that many people deal with in their lives.

By employing moralistic elements and endearing characters, comedic films have been able to bridge the gap that has forever divided them from classic dramas and romances. Long gone are the tasteless, ill-prepared lobotomies that once cursed the comedy genre. Now there is realism and sentimentality that could just make comedy a respectable genre… perhaps even an Oscar winner!