Up until the turn of the 21st century, Frank Miller was a man of distinction only at comic book stores and annual comic conventions. However, with the popularization of comic books as a source for major motion pictures, Miller easily 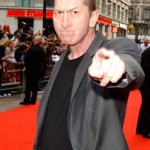 For those who do not recognize Miller’s name, he is the person responsible for such blockbuster hits as 300 (2006), Sin City (2005) and The Spirit (2008). All of these major motion pictures are household names, with special distinction to 300. The storylines, brought to life with the latest in digital cinematography techniques, were spellbinding and a magical twist from the movies of yesteryear.

Miller is living the dream in a way that could never have happened in previous generations of graphic novel writers. He has become someone to take seriously- not just a kiddie version of a real writer, but a powerful, influencing force upon the cinematic world and the populations that engage in his films.

Watch his films, read his screenplays and top it off with a reading of his now-famous graphic novels. The distinctive voice of a great writer will influence you in some way, guaranteed, whether you choose to or not.

Year:2006
Director:Zack Snyder
Written by:Frank Miller (Author), Zack Snyder (Screenplay), Kurt Johnstad (Screenplay), Michael B. Gordon (Screenplay), Lynn Varley (Novel)
Script Synopsis:Based on Frank Miller's graphic novel, "300" is very loosely based the 480 B.C. Battle of Thermopylae, where the King of Sparta led his army against the advancing Persians; the battle is said to have inspired all of Greece to band together against the Persians, and helped usher in the world's first democracy.
300 Script Resources:

Superheroes aren’t the only comic book properties that are squeezing their way into cinemas these days. Comics are turning into such hot properties that even lesser known franchises are catching Hollywood’s eye. See just how well Hollywood’s top comic properties have jumped from the comic panels to the big screen.

Check out our Top 5 Movie Comic Adaptations below: