English playwright and screenplay writer, Abi Morgan, has jolted the cinema scene with two of her screenplays being released within a short time of each other. The bigger shock, more than her quick success, is the complete polar opposite stories which have both come from her intriguing mind. 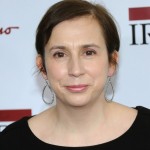 Her first film, The Iron Lady (2011) is an intense film about Margaret Thatcher, who was one of the most powerful women in Britain upon being awarded the honor of being Prime Minister. The story goes into depth about her pursuit of power and her strength in going against rooms full of men who sought to destroy her politically.

The second film, which is entitled Shame (2011) depicts the life of a man who is addicted to sex. He struggles with pornography and prostitutes as he attempts to fill a hole in his life that he cannot seem to satiate.

The complete opposite stories breaks the boundaries of what is expected from many Hollywood film makers. Most of the time, an adventure writer continues to write adventure stories and other writers stick in their designated genres as well. Morgan represents a new class of screenwriter who is versatile as human existence is.There is sure to be a change in the way the film industry runs in the near future.