Daniel Thomas O’Bannon can be considered one of the most low-profile scriptwriting geniuses that the science fiction genre has to offer. He was responsible for writing the first Alien film (at first known as Star Beast) as well as the ultimate 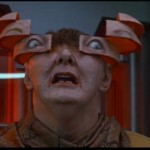 O’Bannon was and is a playful writer, engaging absurd ideas into his scripts to give each story equal amounts of humor, fear and philosophical thought. However, he maintained a low profile throughout his career, even to the point of his death. He did not even notify anyone (besides his wife) that he was suffering of Crohn’s disease.

O’Bannon is a mysterious enigma much like the scripts that he wrote out during his long career. Insightful, funny and engaging, his work will surely be an influencing factor on writers for years to come.