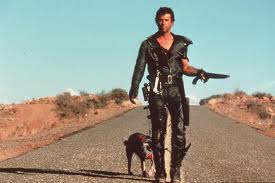 A popular trend in contemporary cinema, these films don’t focus on the events that lead humanity to its destruction, as On the Beach and Dr.Strangelove did. Instead, they talk about the aftermath, our (often futile) attempts to rebuild, and how desperate situations can strip people of all their humanity. 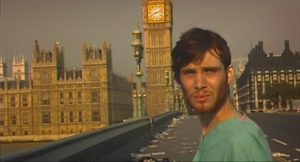 Post-Apocalyptic stories are often marked by a grimy atmosphere and plenty of gut-wrenching dilemmas – the scattered survivors find themselves in a context where morality is always subject to survival.

Screenplays of this genre usually place value on tense, touching interactions between the few characters that remain among the ruins of civilization.

Films like Mad Max or 28 Days Later have wonderfully captured the desolation of the post-apocalyptic scenery, turning the landscape into a key element of the story. In these stories, the setting becomes a powerful presence; almost another character. Watching our own world in ruins seems to be the cinematic culmination of a global fear: losing everything we have and starting from scratch. 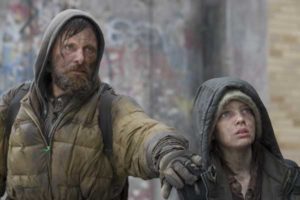 Apparently, such setting has also become an irresistible mixing pot for filmmakers. We have seen destruction coming in multiple forms, from zombies to infertility (Children of Men), without discounting man-made viruses (12 Monkeys) and unexplainable plagues (Blindness). Of course, we’ve had our share of comedic post-apocalypse too (Zombieland).

These are 10 of the best films set in the Post-Apocalypse: