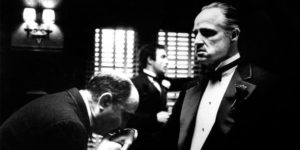 Films set in the organized crime world seem to be really popular among audiences and critics alike, and perhaps even more so in the USA. No other country has produced so many successful movies about the subject, and arguably the explanation for this is found in the very nature of such films and the obscure reality they illustrate.

Good scripts of the crime genre aim to accomplish much more than just showing violence, bribery, corruption and other acts inherent in hoodlum operations. 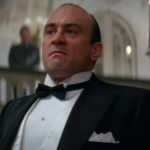 They try to portray a society through characters that went on to create their own code –out of necessity, greed, or both- , and how their paths inevitably collide with those of us who never, ever thought about living in a way that involves breaking the law. Or did we?

Undeniably, there’s an enticing quality in these tales about real individuals who built their own empire through illicit means. Morality is often a concept under debate in screenplays like The Godfather, Goodfellas, or Casino: they don’t condemn nor idolize mobsters, but rather act as impartial observers, and remind us sometimes that our good, lawful side has its share of hidden dark spots as well. 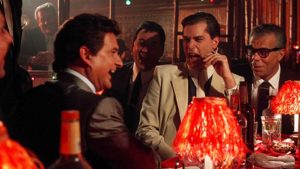 This week’s list is specifically focused in screenplays related to the Cosa Nostra –the original Italian mafia developed in the 19th Century in Sicily- and the families that followed these operations in American territory during the Prohibition Era and afterwards:

Once Upon A Time In America (1984)
Read the Screenplay

The Untouchables (1987)
Read the Transcript

Bullets Over Broadway (1994)
Read the Transcript

Road to Perdition (2002)
Read the Screenplay

The Irishman (2019)
Read the Screenplay