John Milius is a true Hollywood legend; a rare screenwriter whose notoriety is due not only to his work, but his flamboyant, eccentric personality, which inspired the Coen Brothers to create the character of Walter in The Big Lebowski.

Milius’ story is an atypical one since the beginning. As a teenager, he was a mixture of a delinquent and an avid reader who at one point tried to enlist the Marines. Feeling devastated after his rejection, he decided to study film at the USC after discovering Kurosawa’s films. College would mark the beginning of a long friendship with George Lucas.

Like many other screenwriters, he had to write several low-profile screenplays before truly earning a reputation, a process in which his colourful personality proved to be more than helpful –he requested a gun as part of the payment for rewriting Dirty Harry, and claimed that the iconic “I love the smell of Napalm by the morning” line came to him in a dream. Robert Shaw’s famous Indianapolis speech in Jaws was also originally written by Milius.

There are endless anecdotes about this unique screenwriter who defines himself as a “Zen Anarchist” and a sort of Hollywood deviant. After serious financial difficulties in the early 2000’s, his career relived when he found a niche in TV screenwriting and co-created the HBO series Rome. 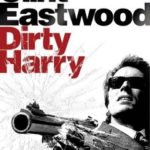 Ethan and Joel Coen, more popularly known as the Coen brothers, have made a name for themselves with their own brand of dark humor and quirky comedy.After garnering critical success with their academy award winning screenplay for Fargo (1996), the Coen brothers’ reputation for tightly written and excellently directed films were only further proven with films such as The Big Lebowski (1998) and O Brother, Where Art Thou? (2000). More recently, the brothers have gone on to win the Academy Award for Best picture for their film No Country for Old Men (2007). Nominations for Best Original Screenplay for Burn After Reading (2008) and A Serious Man (2009) soon followed from both the BAFTA and the Academy respectively.

Known as the “two-headed director” within industry circles, this writing and directing tandem only proves the age old maxim that two heads are indeed better than one.

Check out this tandem’s impeccable writing filmography in the scripts below:

No Country for Old Men Script

The Man Who Wasn’t There Script

O Brother, Where Art Thou? Script