Released only months apart from each other, The Prestige (2006) and The Illusionist (2006) ran into the trouble of being largely compared to one another. Both movies were set against a magical backdrop right along the turn of the century, and both of films were marketed with strong dark and suspenseful undertones. Though the similarities were striking, both films had very different stories to tell.

See which one had more magic in its screenplay by looking through them yourself.

Darren Aronofsky’s uncompromising vision as a filmmaker has earned him a place alongside some of the finest writer-directors of his generation. Breaking into the scene with his relentless psychological thriller Pi (1998), Aronofsky has gone on to create some of the most emotionally and visually arresting films of the last decade.

With his much awaited film, Black Swan (2010), already garnering critical-acclaim in the festival circuit, film-goers wait with baited breath on what this visionary director will do next.

Check out a collection of his feature-length scripts, listed below: 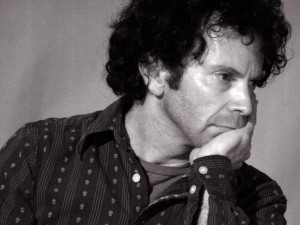 After being nominated twice in the Best Screenplay category at the Academy Awards for his work on Adaptation (2002) and Being John Malkovich (1999), Kaufman finally came home with a trophy  for Eternal Sunshine of the Spotless Mind (2004).

With only six feature films under his belt, that’s already an impressive resumé indeed.

Writer and director Alexander Payne managed to turn heads with his eccentric high school dark comedy Election (1999). But it wouldn’t be until About Schmidt (2002) that he’d manage to carve a name for himself as one of the most talented and unique writer-directors in the industry.

Check out his folio of various screenplay works below:

With Oliver Stone’s sequel Wall Street: Money Never Sleeps hitting theaters later this year, it looks like the legendary filmmaker has no plans of slowing down. From Platoon (1986) to Any Given Sunday (1999), Oliver Stone’s directorial range has given audiences a glimpse into everything from murder to football, wall street to fallen presidents.

Other than being a very accomplished director, Oliver Stone is also a very capable screenwriter. His deft grasp of story and character has allowed him to not only pen his ideas on paper, but to properly translate then unto the screen.

See a compiled collection of his written feature-length works below:

Daughter of revered filmmaker (and wine maker) Francis Ford Coppola, Sophia Coppola had begun to step out of the her father’s shadow after her directorial debut, The Virgin Suicides (1999). However, it wouldn’t be until her academy award winning Lost in Translation (2003) that she was able to gain recognition as a filmmaker of her own credit.

Though Sophia Coppola still has a modest number of films under her belt, she has a bright future ahead of her. Check out her small but brilliant collection of feature length screenplays below: 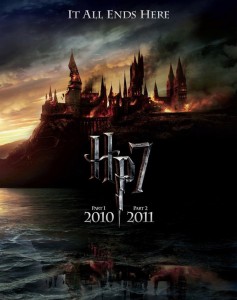 In a few months, the Harry Potter movie franchise will finally come to a climactic end. Seven books and six films later, Harry Potter has proven itself to be one of the most financially successful book-to-movie adaptations in history.

Whether it deserves the accolade, however, is up to the fans to decide. But with the grand finale halved into two dramatic parts, fans can only hope that Warner Bros. delivers on its promise to do justice to the world created by author J.K Rowling.

Weigh in on the scripts yourself with a collection of Harry Potter’s previous movie scripts:

The Matrix trilogy will forever be recognized as the series that propelled Larry and Andy Waichowski into the cinema limelight. Having ushered in a whole new era of effects work like westernized wire-frame kung-fu fighting and the ever-popular “bullet time”, the Matrix Trilogy redefined the Hollywood action sequence.

But despite a strong debut with the first movie, the Matrix Trilogy was largely regarded as a series that lost its direction with the second and third films.

Check out the trilogy on paper in the collection below:

With the Robert Rodriguez produced Predators (2010) recently hitting cinemas, Predator fans are both loving (and hating) the newest addition to the Predator franchise. As rumors of a fourth movie already circling around the hushed back doors of Hollywood, things are looking up for one of cinema’s most revered alien killing machines.

Check out the evolution of this fan driven franchise in the scripts below:

On July 3rd, 1985, Robert Zemeckis’ Back to the Future hit theatres, introducing an entire generation of audiences to Marty Mcfly, Doc and their beloved Delorean.

As Scripts on Screen celebrates the 25th Anniversary of this classic time-travelling franchise, we’ve posted the complete collection of scripts to all three of the original movies. 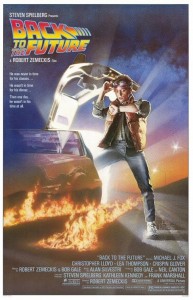 Back to the Future Script 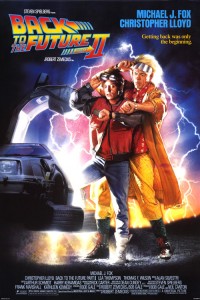 Back to the Future 2 Script 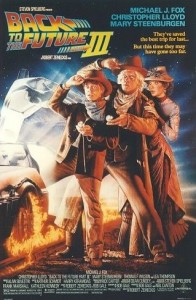 Back to the Future 3 Script