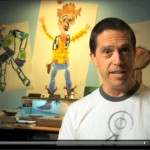 Year:2010
Director:Lee Unkrich
Written by:Michael Arndt (Screenplay), Nick Sung (Storyboard)
Script Synopsis:Woody, Buzz, and the rest of Andy's toys haven't been played with in years. With Andy about to go to college, the gang find themselves accidentally left at a nefarious day care center. The toys must band together to escape and return home to Andy.
Toy Story 3 Script Resources:

It’s no secret that Pixar has been one of the forefront runners in the film industry since their first major feature film Toy Story (1995) was released in theaters. The technical mastery of computer simulated animation was a fresh change from the traditional animation styles of cartoon films, and since then, every Pixar film has been financial successes in the box office and in DVD sales. In addition to the beautiful animation, Pixar has excelled in creating spellbinding stories that have attracted movie audiences young and old.

The writers that work at Pixar are some of the best in the business and usually have graduated from top ranked schools. Their talent is usually accompanied by rigorous study in film writing technique and is critiqued according to the high standards of the company. If any aspiring writer wants to see how a professional quality script is written, then Pixar is a great place to start.

‘Tis Oscar season and for those of us looking for scripts on the internet it’s a bonanza.  The studios, in their quest for nominations and awards, made their candidates’ scripts available (and in PDF no less !)  This year’s list of screenplay  candidates (original and adapted) almost matches the Best Picture nominee list. The exceptions are Black Swan which did not get a screenplay nod and Another Year which didn’t make it on the best picture list.

Best Motion Picture of the Year